Growing up in a blue collar Irish-Catholic family in the high and dry Mojave, Eddie Stacey learned first-hand about the value of hard work. His father painted signs, one of them being a gargantuan viking that nine year old Eddie envisioned getting tattooed one day. Following in his Dad’s artistic path, Eddie settled into the skateboard industry, holding high-profile artist positions at companies like Osiris Shoes and Arcade Skateboards. What drew him to tattooing, though, was a desire to progress as an artist in full creative liberty, elements that his other career lacked. With over a decade of experience in the tattoo industry, Eddie has held the reins of his own success while finding the freedom to be the craftsman he always identified with.

“Most people are visually crippled and don’t know good art from shit.”

That’s a direct assertion from Sailor Jerry, the father of American tattooing whose iconic style is still alive and well. With old-timers like Jerry began the roots of the tattoo code, an unspoken network of respect and support within the tattoo community. Eddie Stacey’s distinct style and regard for quality are an adherence to this code, visual proof of his love for the tattooing craft and the people who hold it sacred.

Within the last year, Eddie pioneered the development of the Chaotic Blackwork style, utilizing sketchy lines, shading, and negative space to create unique blackwork designs. Chaotic blackwork works especially well for the mythological and nature-based imagery he particularly enjoys tattooing. Eddie’s large-scale work also includes Traditional Japanese, Black & Gray, Illustrative, and Realism, and everything starts with an in-depth consultation. While he prefers to get as much information as possible about a client’s vision, he works best when given a little wiggle room to carry out interpretation to its full potential and maintain originality as an artist. One of Eddie’s main goals is to out-do himself with each new tattoo, and he will not drop the needle until he himself is content with the caliber of the work. 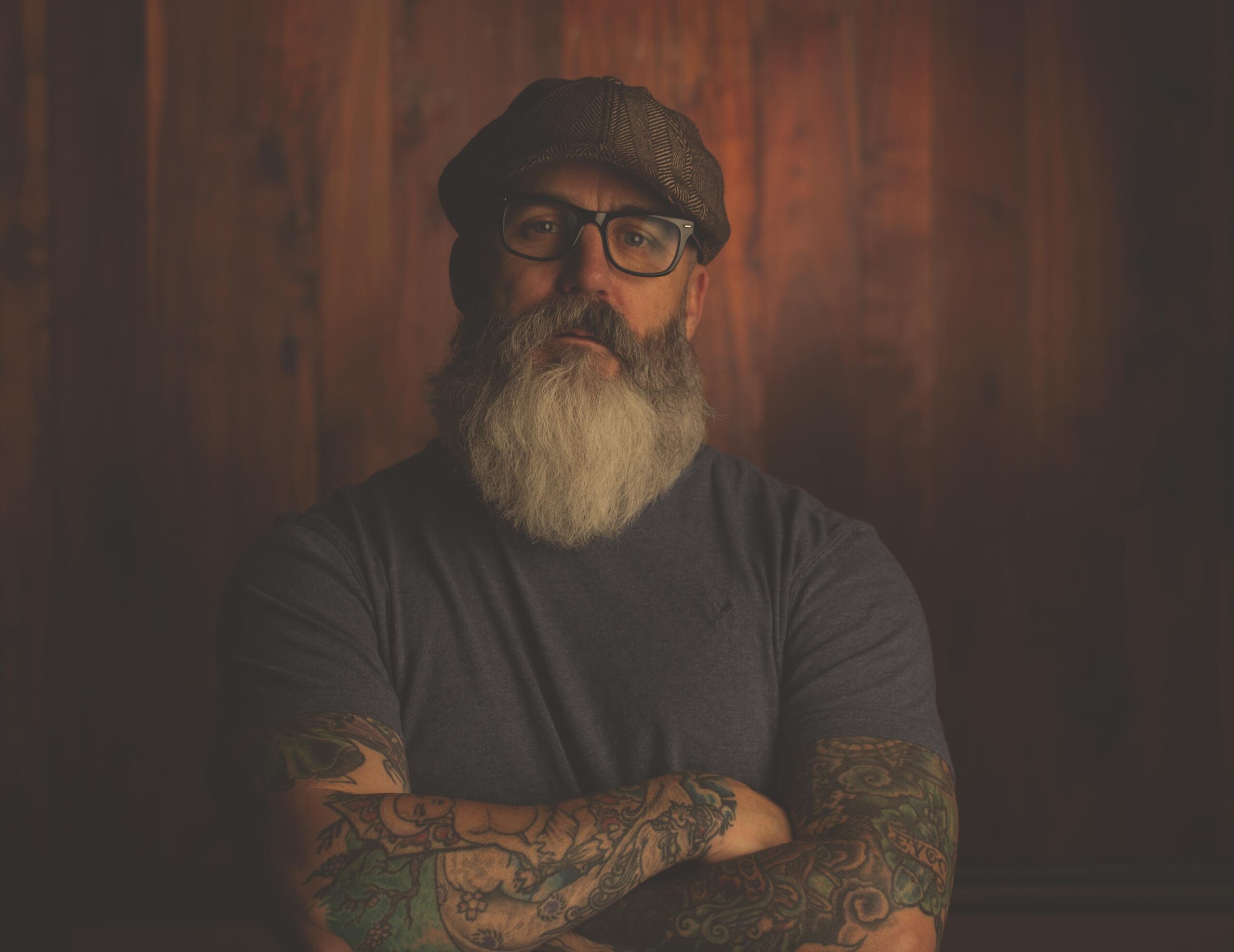